Provides up to 150 Mbps 4G LTE and 43.2 Mbps 3G download speed. E5573Cs-509 is unlocked to all networks so use the sim card of your choice!
WiFi 802.11a/b/g/n. Use the hotspot with up to 10 different wifi devices including laptops, iPhone, smartphone, iPad, tablet, gaming consoles and many more
Offers up to 6 hours of working time and up to 300 hours of standby! Small, slim and light weight with a stylish design. Convenient for travelling!

Huawei E5573Cs-509 can be utilized as a wi-fi modem while the Wi-Fi is enabled. All you wish to have to do is insert a sim card of your selection as it’s UNLOCKED then the software is able to use. A Most of ten wi-fi customers can get admission to the E5573 on the similar time. The E5573 permits you to get admission to the Web by the use of LTE/3G or Wi-Fi. If you find yourself the usage of the E5573 in spaces with a Wi-Fi hotspot, for instance, an airport, a restaurant, a lodge, or your house, the E5573 switches to Wi-Fi connection routinely, saving your LTE/3G community visitors charges.

Huawei E5573Cs-509 Supplies a LED signals for Signal and Battery. Additionally you’ll scan a 2D barcode to obtain the HUAWEI Cellular WiFi App or temporarily attach your software to the E5573Cs-509 to get admission to the Web!

Supplies as much as 150 Mbps 4G LTE and 43.2 Mbps 3G obtain speed. E5573Cs-509 is unlocked to all networks so use the sim card of your selection!
WiFi 802.11a/b/g/n. Use the hotspot with as much as 10 other wifi units together with laptops, iPhone, smartphone, iPad, pill, gaming consoles and plenty of extra
Provides as much as 6 hours of running time and as much as 300 hours of standby! Small, narrow and lightweight weight with a trendy design. Handy for vacationing!
Helps 2D Barcode simple connection and LTE/3G/Wi-Fi auto offload. Improve for HUAWEI Cellular WiFi App
COMPATIBLE with AT&T and T-Cellular 4G LTE on B2 (1900 MHz) and B4 AWS bands

Be the first to review “HUAWEI E5573Cs-509 up to 150 Mbps 4G LTE Mobile WiFi (AT&T in The USA, Movistar and Movilnet in Venezuela! Europe, Asia…” Cancel reply 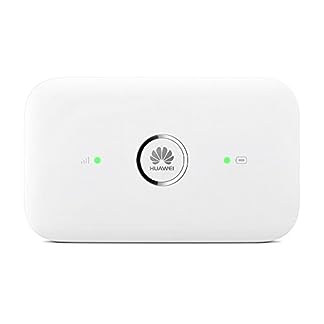