Satisfy your want for speed
Record and play 4KUHD video. With extremely-rapid Learn & write speeds upto 100MB/s & 90MB/s respectively, the 128GB EVO Plus allows you to switch a 3GB video for your notebookin simply 38 seconds. Shoot top quality footage andvideos, and proportion all of them instantly.

Capacity to reside large
Never concern approximately house once more. With huge quantities of garage the 128GB EVO Plus is sufficient reminiscence for As much as 6 hours of 4K UHD video, 17 hours of Complete HD video, 27,600 footage, or11,500 songs.* So pass beforehand and enjoy all of whatlife has to supply, and stay all of it too.

Extended compatibility
Compatible with a variety of units for each SD and micro SD. You’ll be able to even seize distinctive 4K UHD video. The incorporated SD adapter suits such a lot units underneath virtually each and every emblem identify, at the same time as protecting all of EVO Plus’ exceptional pace and function. 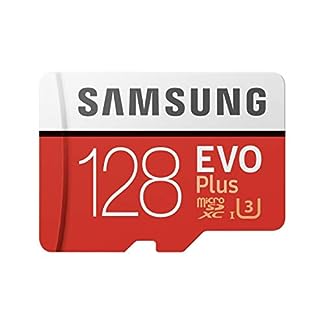